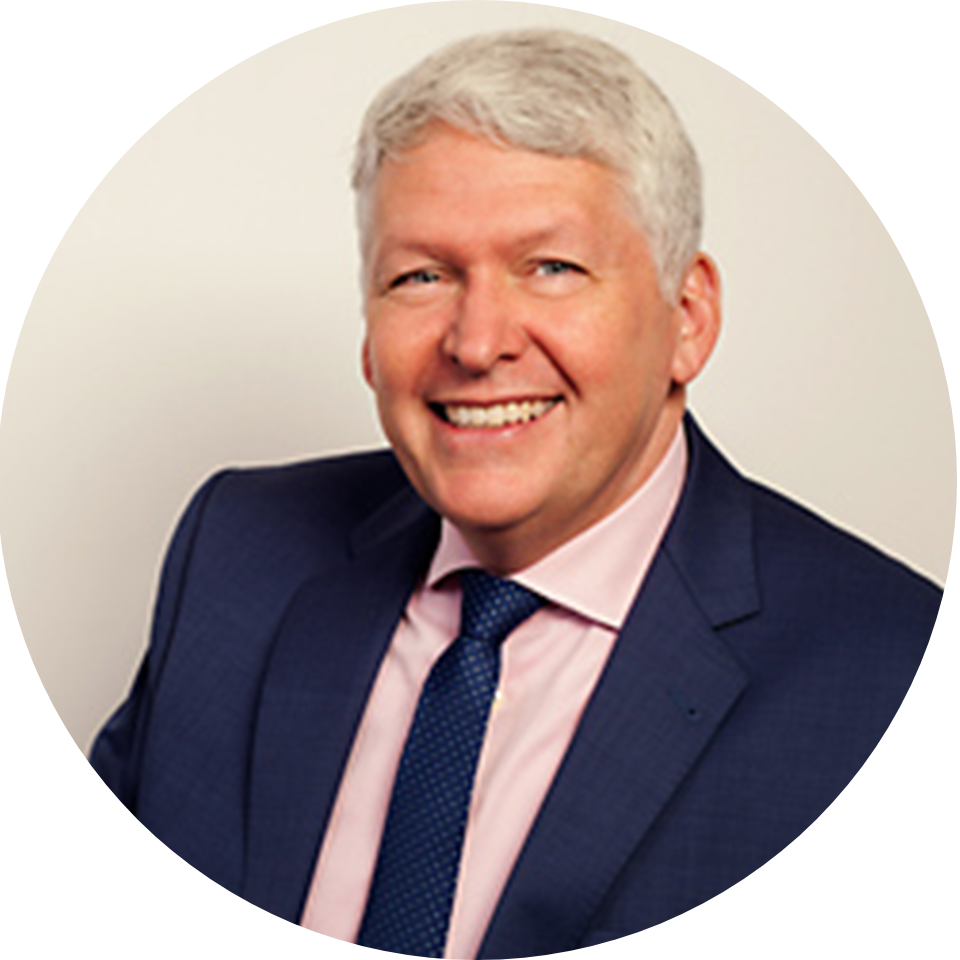 Derry is a Partner and Head of BDO’s Management Consulting department. He served as Managing Partner from 2011 to 2014 and he is also Head of the firm’s Brexit Taskforce.

Olivia is a well-known and regarded national politician. She is qualified with a Bachelor in Arts in Economics and Politics and began her career teaching economics before beoming involved in politics as Councillor and later Chair of the Local Authority. She was elected to the Dáil in 1997 and has served on the Fine Gael front bench as spokesperson on Housing, Health & Children, Arts, Sports & Tourism, Communications, and Transport. 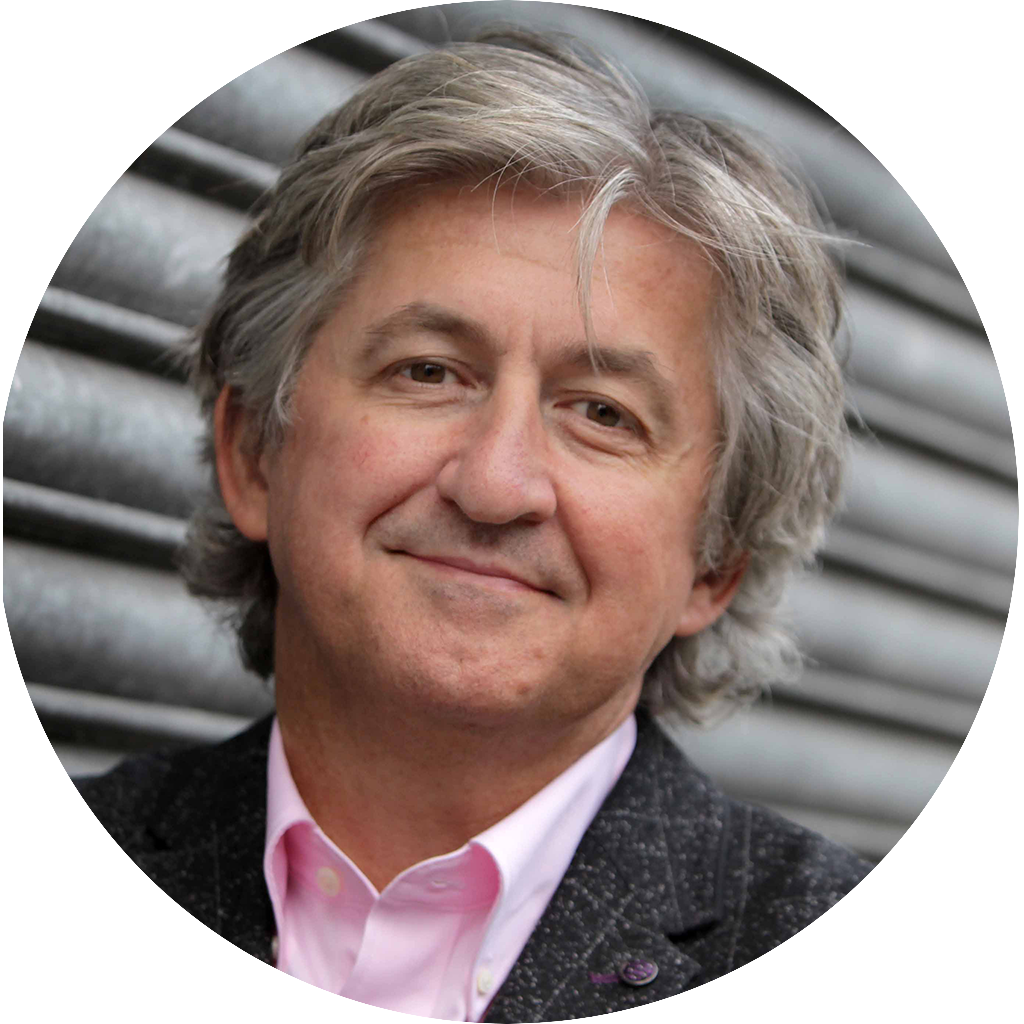 Fiach Mac Conghail is CEO and board member of the Digital Hub Development Agency (DHDA). The Digital Hub is located in the Liberties area of Dublin City and is Ireland’s largest cluster of digital and technology companies.

Fiach was Chair of We the Citizens (2011) which was an independent national initiative funded by Atlantic Philanthropies to test the benefits to citizens of deliberative democracy.

He was awarded the Chevalier de L’Ordre des Arts et des Lettres by the French Government (2013) and is also an Eisenhower Fellow. Fiach is board member and Vice-Chair of European Movement Ireland. He is also a member of Foundation Irlandaise which manages the Centre Culturel Irlandais in Paris. 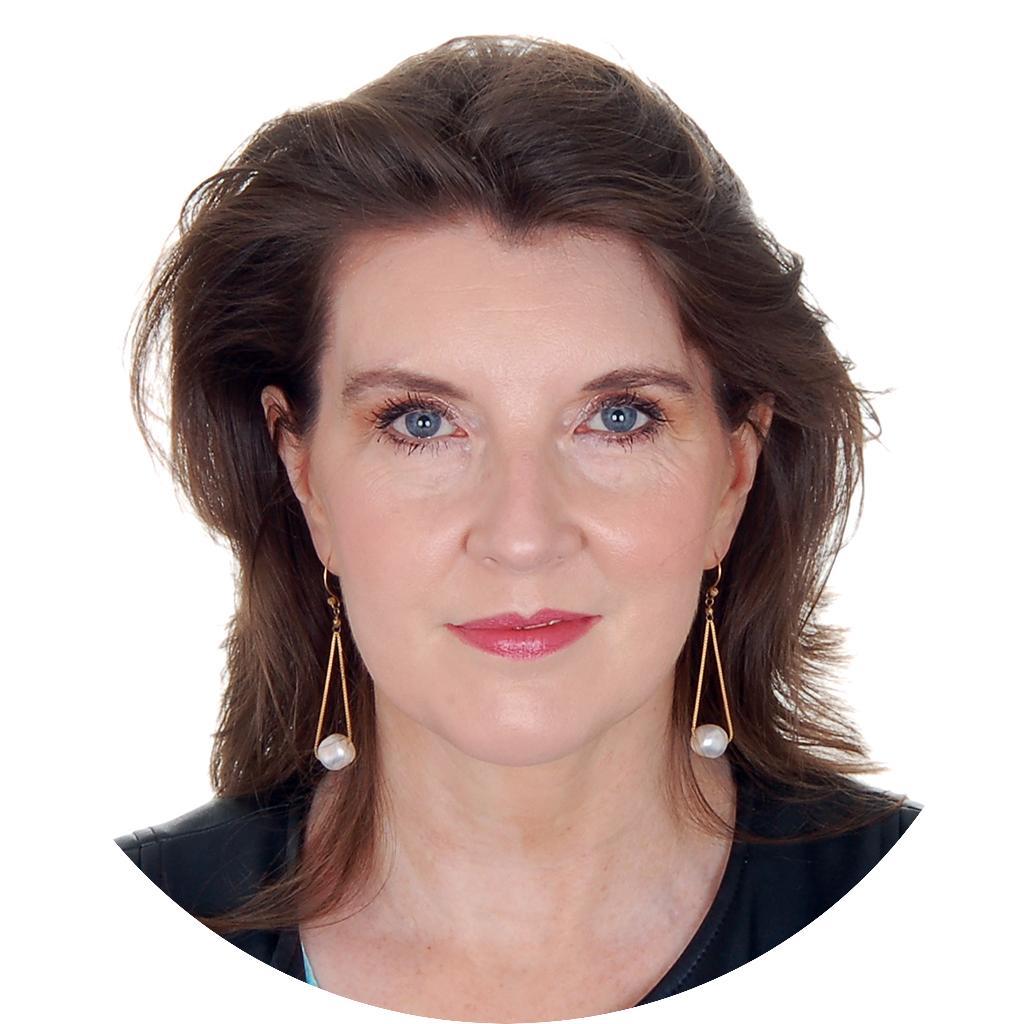 Vivienne is currently Head of Public Affairs, RTÉ, having previously held a number of different Communication roles there also. Prior to joining RTÉ she worked within the voluntary sector for Early Childhood Ireland and Barretstown.

She is a member of the Purpose Disruptors Irish chapter, exploring ways in which the marketing and communications industry can positively influence action on the climate crisis. She is also a co-founder and Steering Group member of the RTÉ Toy Show Appeal which has raised over €17 million to date for children’s charities, and an occasional assessor for Social
Entrepreneurs Ireland. 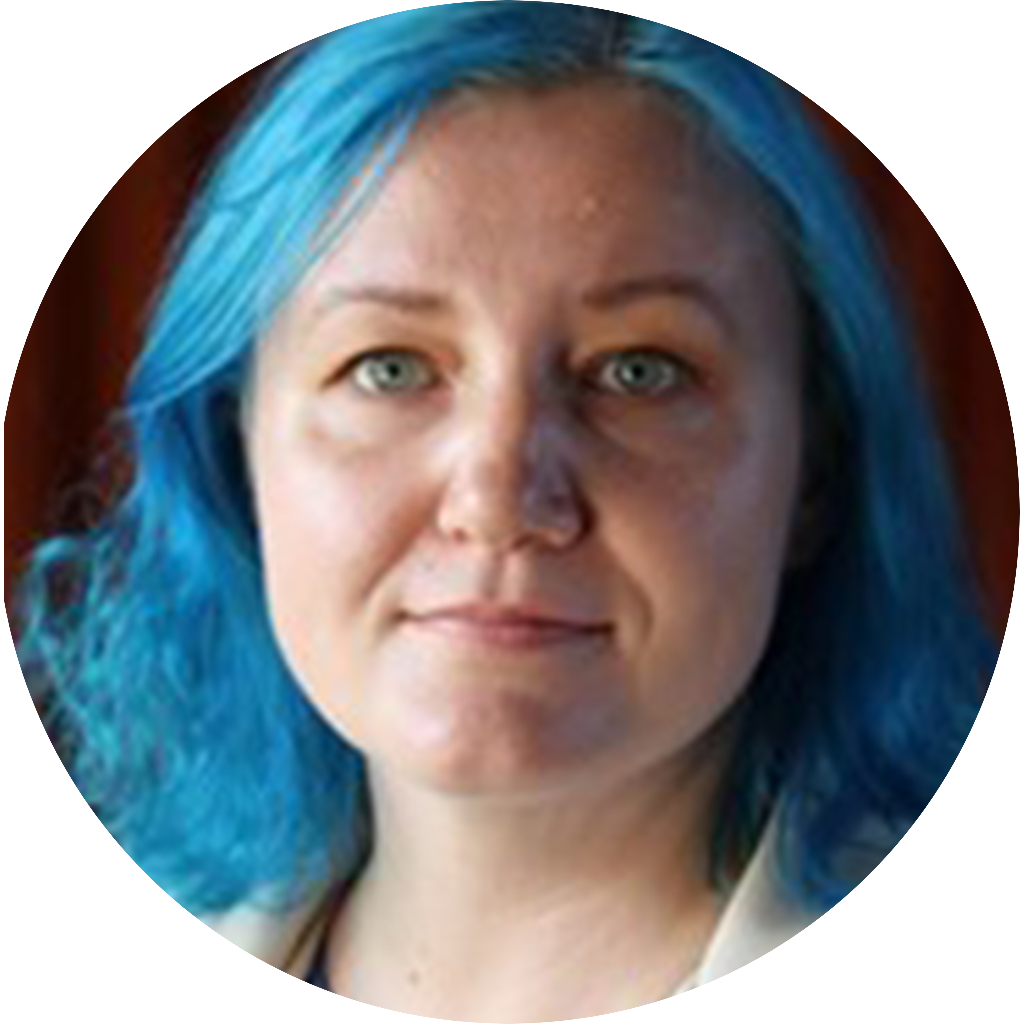 Olha Khoroshevska was born in Ukraine in 1984. She received a master’s degree with honors in psychology at Kyiv International University in 2008. She is a project manager of Ukraine Centre Rathmines (previously Ukraine Centre Vicar street) with the Irish Red Cross in Dublin. The Centre provides classes, training and lectures to help Ukrainians who suffered from war with their mental health and integration into Irish society.

She lived in Ireland in 2019-2021, but then decided to return to Ukraine. In March 2022 she had to leave her home with her daughter when the war started and has been working with Ukrainian refugees as a volunteer since she arrived back in Dublin.

In May 2022 she became a founding member of Ukrainian Action NGO in Ireland, which provides informational and integrational support to Ukrainians in Ireland, builds the dialogue with the government of Ireland, and provides humanitarian relief to the people of Ukraine affected by the war.

In Ukraine, Olha was the human resources department and project manager at several governmental and corporate organizations. She is a business coach and practices coaching as a self-care instrument as well. 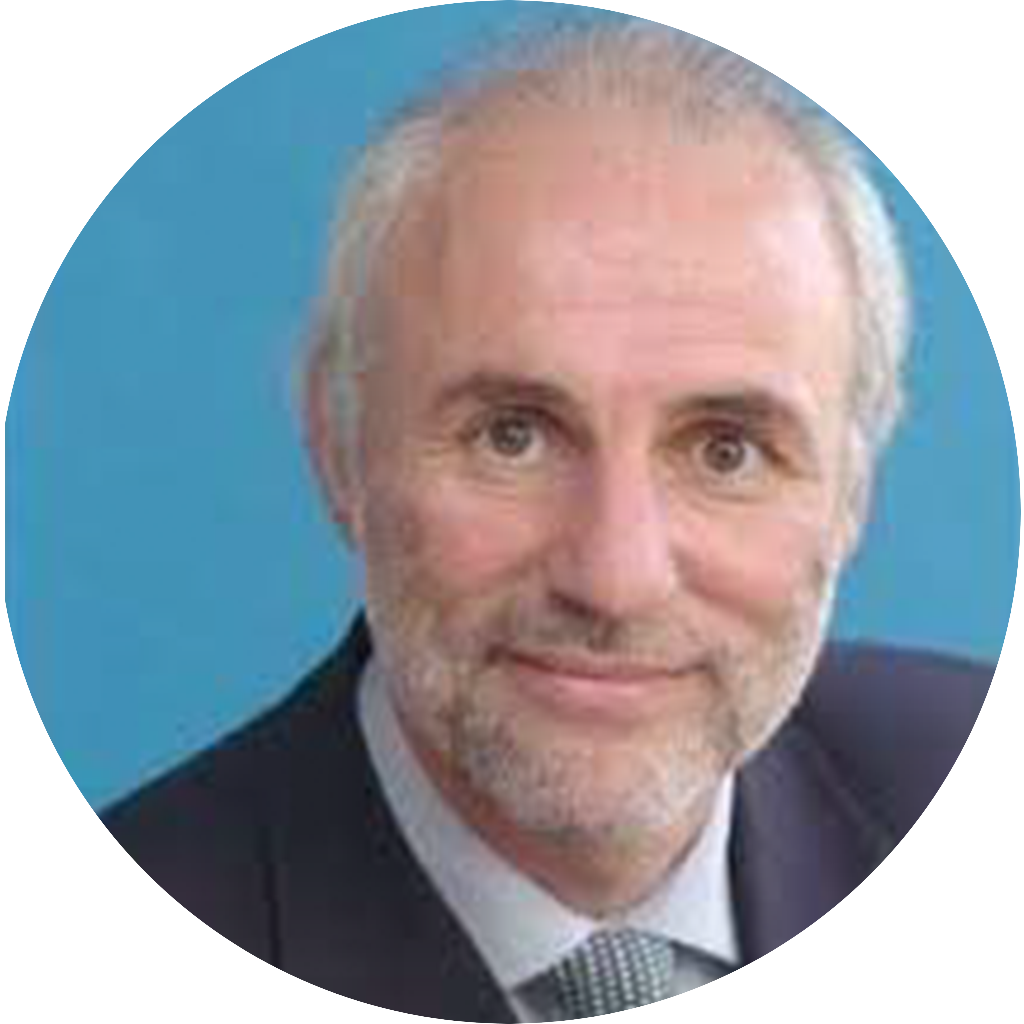 Prior to his retirement in 2020, Felix worked in the consumer and banking sectors: as CEO of the Independents Consumers Association of Ireland and as Director of Communications and Public Affairs with the Banking & Payments Federation of Ireland, the representative body for the banking and payments industry. In that time, he developed considerable experience in the areas of Media and Public Communications, Public Relations as well as in Public Affairs.

Felix has experience of serving on Boards in an independent, non-executive capacity: Social Finance Foundation 2007-2016; Microfinance Ireland 2012-15; The Wheel since October 2021.

Over the years he has collaborated with other not-for-profit bodies on specific projects, both professionally and personally e.g., Dublin Simon Community fundraising activities; his local GAA club, Clanna Gael Fontenoy, in the role of PRO for many years.

He is keen to contribute voluntarily, with passion and commitment, to the not-for-profit sector. Felix is the new Government Representative to the General Assembly. 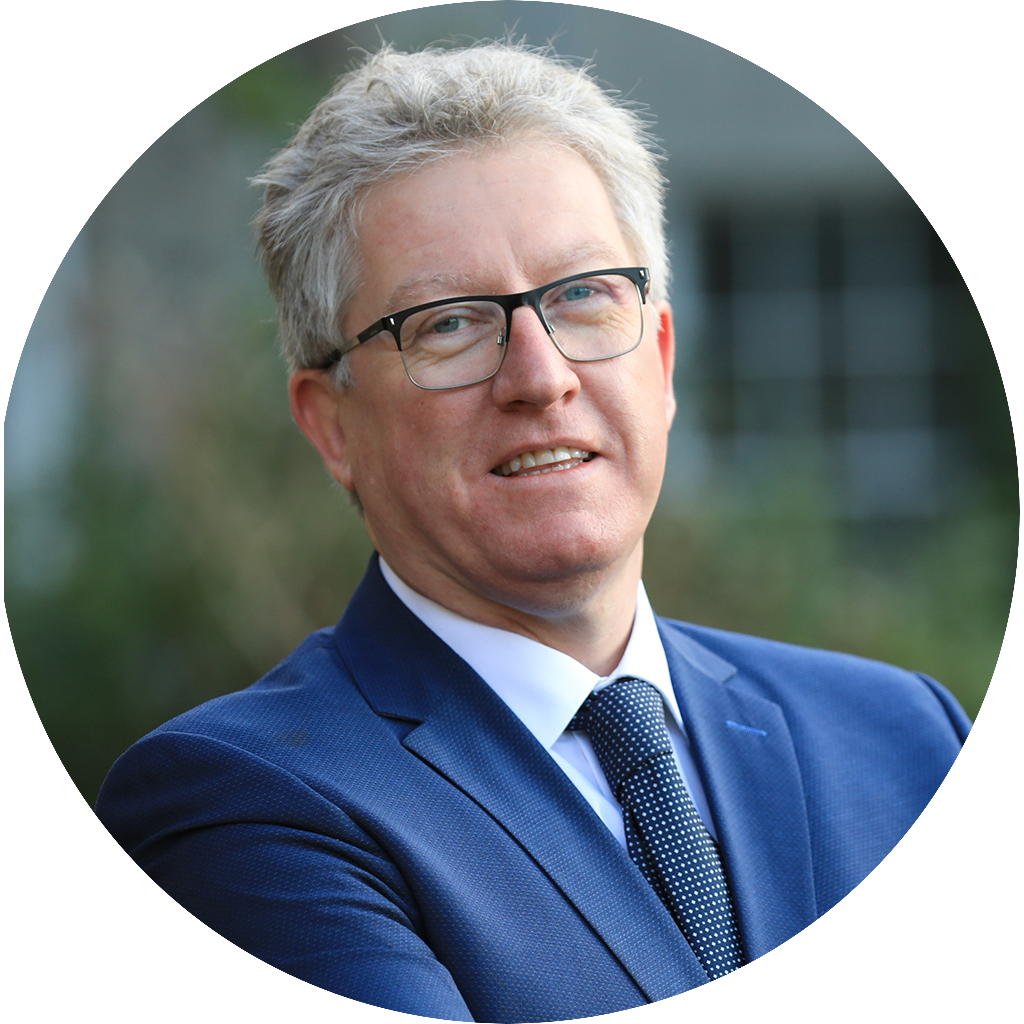 Professor Daire Keogh began his term as President of DCU in July 2020. He previously served as Deputy President of the University (2016-2020). Prior to that, he was President of St Patrick’s College, Drumcondra (2012-2016), and played a key role in its incorporation with DCU.

Daire has published extensively, on the history of popular politics, religion and education in Ireland. A former Government of Ireland Senior Research Fellow, he is currently Principal Investigator of an Irish Research Council funded project to publish the extensive correspondence of Cardinal Paul Cullen.

He is a founding member of the European Quality Assurance Register Committee, the body charged by EU Governments with monitoring quality assurance in higher education across the continent. He is a Chartered Director and is a member of several Boards including Women for Election. Daire is also a member of the Irish Association of the Order of Malta, and he recently completed a term as a Council member of the National Council for Curriculum and Assessment, and a Board member of the Centre for Cross Border Studies (2012-2017).